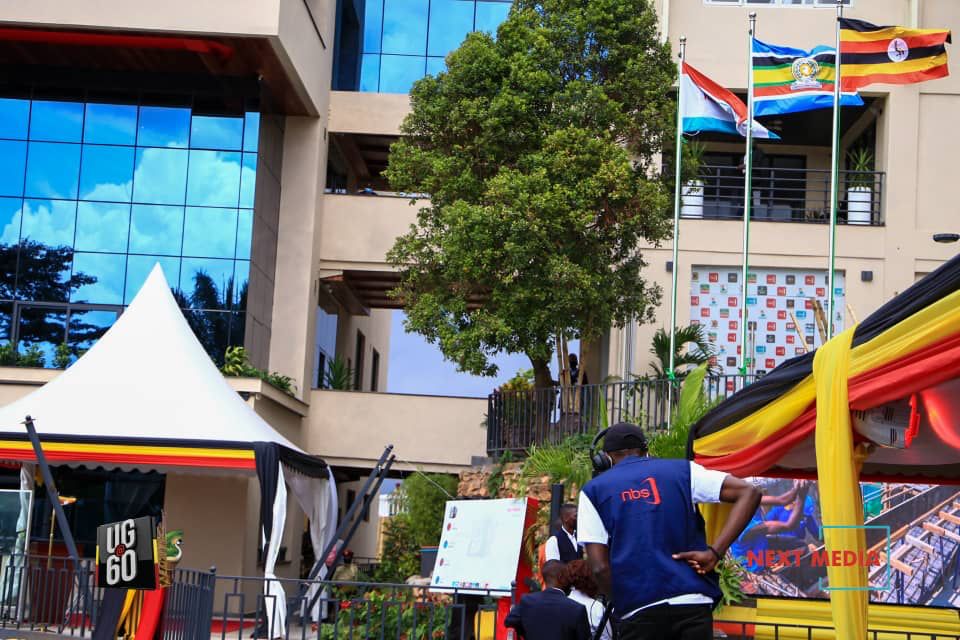 30th September 2022 marked a historical day for Uganda’s biggest Multi Media company, Next Media, as they launched their permanent home, Next Media Park in Naguru, with Next Production’s sole producer of the event.

Next Media, among the next production, umbrellas various brands that include; NBS Television which is the flagship television brand for current affairs, Sanyuka Television a Luganda and entertainment channel, NBS Sport, the latest and fastest growing sports television in Uganda, Nile post, an online newspaper, Salam TV exclusively Islamic content channel and the number one audio and visual radio, Next Radio.

The chief guest was H.E. Yoweri Kaguta Museveni, President of Uganda. Next Production crew had to coordinate with the president’s office protocol to ensure the safety of the president and the people attending.

“From a plan on paper to a well-executed event, NPL understood the brief and delivered a beautiful launch of the Next Media Park”. Byaruhanga Joseph, Brand Manager

Next Production, a brand of Next Media, is one of the leading Audio and Film Production Companies in Kampala, Uganda and East Africa, also specializing in Video production, TV Commercial (TVC) production, Events Promotion and Talent Management.